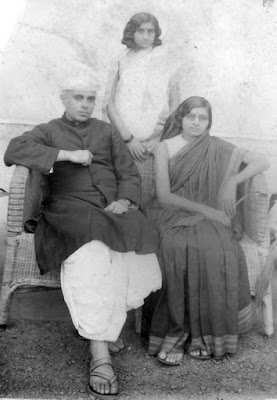 Remembering Pt. Jawaharlal Nehru on his 129th birthday. I write this particularly as we live in the time of hate, and today he is the most ‘hated’ and discussed person in the Indian political arena. Vilification of Nehru with fake news and photoshoped images has become the favourite passtime of digital trolls and born haters. It could be jealousy or desperation that drive right wing politics to ignore or even erase him from the pages of history, but the more they ignore him, the more he will be loved and remembered, because the legacy of Nehru has been etched indelibly in the making of India. Gossiping about others private life is like a national sport to us and Nehru is perhaps the most misunderstood person and a convenient target of gossip-mongers. People never get tired of speaking about his philandering or his relation with Edwina Mountbatten as if Nehru is all about his relationships with women. A close relation between a woman and man may not be necessarily physical, it could be spiritual,emotional or intellectual, but when you are frustrated and carry sex 24×7 in your head, you cannot go beyond that. Platonic love doesn’t exist for you. However, an erudite, refined and charming Nehru might have attracted women, and as a widower Nehru was not committing any crime. And jealousy cannot be cured. Though I had a penchant for biographies of great personalities, as a stupid and rebellious teenager, I was never keen to read Nehru or even Gandhi, because Subhas Chandra Bose, Bhagat Singh and Che were the flavours of the season plus those evergreen Latino authors. My discovery of Nehru has begun with ‘Glimpses of World History’ and couldn’t help but adore his sunny personality. His intellect, varied interests and vast knowledge on almost all subjects are really appealing but his aesthetic sense and sensitivity are more an endearing quality and definitely a rarity among states men. Nehru might have made mistakes and might have been humiliated by Machiavellian designs of China, and he paid for it with his life, he could never recover from that huge betrayal till his death in 1964. An idealistic Nehru’s thoughts and views on nations, people and issues were greatly influenced by Gandhiji who was his mentor and whom he considered as a father figure. Gandhiji was for disbanding the armed forces and the pacifist Mahatma’s influence could have left its mark in many of his political decisions. Haters can hate, but Nehru will remain as a shining star on the horizon of world leaders. No politician till date can match to the intellectual prowess and creative genius of Nehru. Gandhi who had been mentor of Nehru for more than thirty years had no doubt about Nehru being a true Jawahar (Jewel).
Publié par Unknown à l'adresse 8:59 am